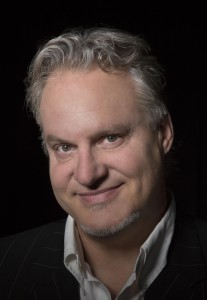 Blues and boogie-woogie pianist Mark Lincoln Braun has become one of the premiere purveyors of a vanishing art. Having learned his craft first-hand from the early masters, he is a rare living link to the first generation of blues and boogie pianists. Steeped in the rich legacy of this tremendously exciting music, Mr. B learned directly from blues and boogie legends like Little Brother Montgomery, Boogie Woogie Red, and Blind John Davis.

In demand for both educational programs and concert performances, he has performed coast to coast and throughout Europe, Canada, Mexico, and South America. In 2002 and 2016, he was a guest artist at the Irving S. Gilmore International Keyboard Festival. He is also the organizer of the annual Mr. Bʼs Blues and Boogie Piano Celebration that attracts major figures in the blues and jazz piano world to Ann Arbor for collaborative performances with Mr. B.

Mark Lincoln Braun was born and raised in Flint, Michigan. He gravitated to Ann Arbor in the 70s where the Blind Pig was an important venue for boogie and blues piano. While absorbing the tradition and developing his own approach, Mr. B was also listening to a variety of jazz pianists, especially those with strong blues roots such as Ray Bryant and Horace Silver. This broad range of interests enables him to feel equally at home playing boogie woogie classics with authentic fervor, and expanding the tradition into lively new settings, including jazz orchestra. Today he further promotes his art and breaks down stylistic barriers by frequently collaborating with such world renowned mainstream jazz pianists as Monty Alexander, Henry Butler, Benny Green, Ray Bryant, Sir Charles Thompson, and Junior Mance. He has appeared on numerous National Public Radio broadcasts, including “Mountain Stage,” “Good Evening,” “Our Front Porch,” “The Flea Market,” “At the Bride,” “All Things Considered and in 2015 “Here and Now.”

Mr. Bʼs many critically acclaimed recordings also demonstrate his breadth and originality. His most recent, for which Mr. B assembled nine noted Ann Arbor-area pianists and benefits youth in the arts and athletics, is “9 Pianists – Our Town, Our Time.” “Live at the Kerrytown Concert House” shows the solo pianist playing original takes on blues and boogie standards while “Joybox” features him stretching out on his own compositions supported by bass and drums. With legendary jazz greats J. C. Heard and Marcus Belgrave, he recorded “Partners in Time.” His recording of trios and duets (“My Sunday Best”) features the renowned be-bop drummer Roy Brooks. Mr. Bʼs collaboration with the 15-piece Bird of Paradise Orchestra (“Hallelujah Train”) has produced an original and explosive blend of boogie, blues, and big band jazz. Most recently he has collaborated in the studio with some of todayʼs premiere blues artists, including John Hammond (“Found True Love”), Duke Robillard (“Dangerous Place”), and Big Bill Morganfield (“Ramblinʼ Mind”) among many others.

Today there are not many devoted to playing boogie and blues piano. Fortunately, Mr. Bʼs passion for showcasing and extending the tradition makes him a major exponent of an essential form of American music. As noted by Jazz News International, “the future of blues piano is in good hands with Mr. B.”